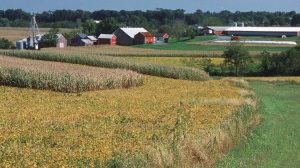 Editor’s note: This is a release from CoBank. The full quarterly report is available here.

DENVER — Strong growth in both the U.S. and global economies will support increased demand in domestic and export markets through the end of the year. However, U.S. competitiveness is currently constrained by trade uncertainties and the elevated value of the U.S. dollar, further placing pressure on the agricultural economy as output in most industries rises.

The latest Quarterly Rural Economic Review from CoBank’s Knowledge Exchange Division indicates that any significant farm price improvements over last year’s prices will be limited, particularly with record U.S. yields for many of the major crop commodities adding to available supply levels.

Meanwhile, the animal protein and dairy sectors continue to benefit from strong domestic demand and the promise of better access to Mexico and Canada, but will need more export market growth to absorb their current pace of output and expansion.

The CoBank report reveals that the escalating trade war with China is the leading risk for U.S. agriculture and that retaliatory actions taken by China and other trading partners have raised concerns of long-lasting effects on agricultural supply chains. However, U.S. Department of Agriculture assistance to farmers and ranchers suffering hardship may have a modest impact on farm financial conditions.

Other key findings include:

CoBank is a $131 billion cooperative bank that provides loans, leases, export financing and other financial services to agribusinesses and rural power, water and communications providers in all 50 states. The bank also provides wholesale loans and other financial services to affiliated Farm Credit associations serving more than 70,000 farmers, ranchers and other rural borrowers in 23 states around the country. It is a member of the Farm Credit System.